Dufferin County had 21,257 private dwellings as of 2011, which is a 13% increase since 2006. However, this number does not capture the accelerated growth in parts of the County. Shelburne is showing consistent growth year over year with a 14% increase in permit values which follows a 735% increase in permit values from 2011 to 2012. This rapid residential growth is due to the development of several large sub-divisions that are exceeding their current sales targets.

The Town of Grand Valley is also currently developing a significant residential sub-division as their residential permit values increased by over 300% from 2012 to 2013. Industrial, commercial and institutional development is also growing rapidly across the County. Melancthon is showing a large spike in industrial development due to the installation of a large wind farm. East Garafraxa, Mulmur and Orangeville are all showing large increases in non-residential development. 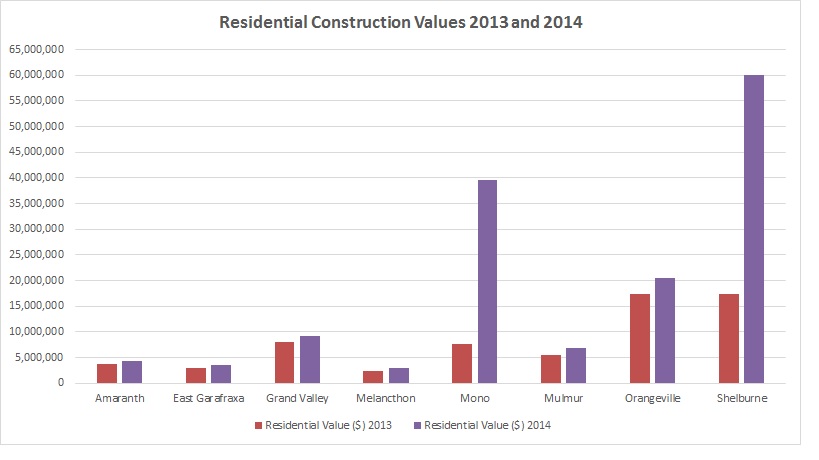 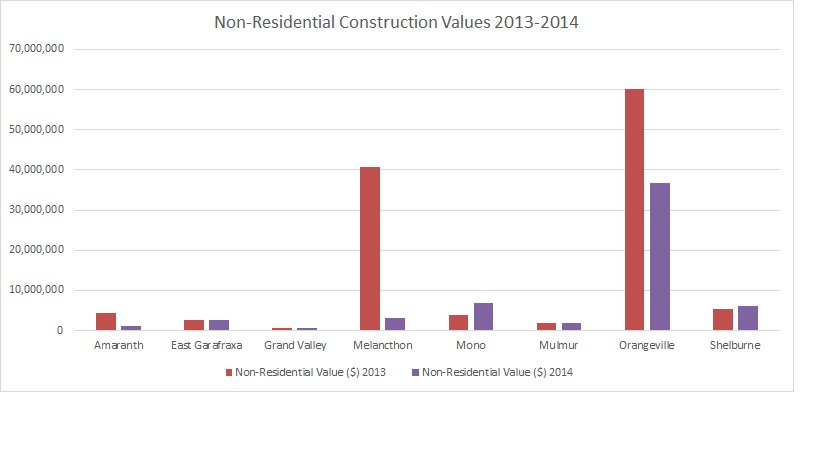