I come from Scottish heritage. My parents came to Canada as immigrants in the 1950’s. As a child, I lived in Albion Hills, attending Palgrave Elementary School. Later, my family relocated to Bolton, and then, several years later to PEI. There, I fished commercially for 8 years. I moved back to Ontario when the number of federal bureaucrats regulating 2,000 fisherman outnumbered us 3 to 1. I knew then it was time to hang up my rubber boots.
Since returning to Ontario, I have lived on a farm in East Garafraxa for the last 24 years. Professionally, I operated a general contracting business in the Town of Bolton for 27 years, with over 20,000 jobs successfully completed.
For the majority of my life, I have lived in Dufferin-Caledon. I am a business operator in this district. I am married – 51 years old. I am the proud father of 6 children and 7 grandchildren. I love it here but I see the same decline happening in this province too. What used to be considered the “promised land” is deteriorating. This is why we need
accountability and transparency to the taxpaying citizens restored in Ontario once and for all.

Remember when Ronald Reagan jokingly said — “I am from Government and I am here to help!” (lol)Is this what we want for our future? As the scriptures clearly state, it’s at times like these that God winked!

It’s time to stop talking about hydro and kick the not-so-smart meters off our walls now and take back the hydro that is rightfully ours! The scriptures tell us — “I wisdom dwell with prudence to find out knowledge of witty inventions …” (Proverbs 8:12)

Laura Campbell is a mother of two small children, a small business owner, and a PhD student at the University of Toronto. While her academic work focusses on international economics, her day-to-day life is spent running the small restaurant she owns with her husband, and taking her kids outside into nature.
Laura has always been a country girl at heart, having grown up in the Caledon hills- and after time away to study at Western University (BA), the London School of Economics (MSc), and now the University of Toronto (Phd), she knew she had to return to her home community. It is here that she decided to put down new roots. At their family restaurant in Orangeville, (@piasonbroadway opened in 2009), Laura and her husband prioritize local, organic produce as much as possible and build meaningful relationships with customers. Those relationships are the most rewarding part of her work. Just as she’s been serving her customers, Laura wants to serve her community: with integrity, care, and a deep commitment to sustainability. Sustainability means fiscal, social, AND environmental responsibility.
Laura was inspired by the vision of the Green Party of Ontario: People+Jobs+Planet. It spoke to her not just because she’s concerned about the health of the planet, but because she’s an ordinary working parent who’s having to pay the same hydro bills as you. Because she wishes there was more affordable childcare. Because she wants to see her grandparents in good long term care, rather than on 3 year wait lists in limbo at a hospital. Because she is worried about class sizes for her young kids. She’d like to see a government that works with ALL parties to build smart policy that works for all of the citizens of Ontario- both small business owners, and their employees. Because she knows that there is a massive shortage of affordable housing. Luckily, there are solutions to these problems and the many others she’s passionate about, and one of the main ones is LISTENING to you, the people of Ontario.

My name is Bob Gordanier, and I am your candidate for the Liberal Party of Ontario in the next election in June 2018.

I was raised  in Orillia Ontario.  In 1969 I left home to work and go to school. I married my wife Elsie in 1971. We have 4 adult children and 6 grandchildren.

I spent 3 years on the Port Credit Police Department and 1 year on Peel Regional Police Force, before transferring to the Brampton Fire Department where I served for 32 years. I have been retired from the fire department for 10 years.

In 1981 we bought our first farm in the Orangeville area and we have been farming ever since in Dufferin County.

I became involved with many of the local farm organizations and have been a longstanding member of many,  serving in various capacities. I have been honored to receive awards in recognition of my service and am especially pleased to have been a recipient of the Queen’s Diamond Jubilee Award in 2012 in recognition of community service.

I have been a member and voting delegate of the  Beef Farmers of Ontario (BFO) for many years. I was elected to the Board of Directors of Beef Farmers for 9 years and became vice-president and president during the last 4 years until 2016, representing 19,000 beef producers in Ontario.

I have served on many boards including: Canadian Cattle Identification Agency (CCIA), 35 years with Dufferin Cattleman’s Association, 26 years as a director with Feeder Financing, director of the Agricultural Adaptation Council (AAC), past board member of Beef Cattle Research Committee (BCRC).

I was BFO chair of the Risk Management Program representing  50,000 producers of beef, pork, veal, grain and sheep.  I also served on the executive of Canadian Cattlemen’s  Association (CCA), where we dealt with national and international trade and agricultural issues. While I was on the BFO board, I was privileged  to work  and lobby with MPs, MPPs and other officials in all levels of government; and business leaders. I always enjoy the challenge of setting policy and making things work for the people I represent. 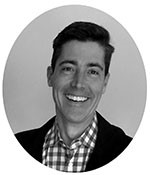 My name is Jeff Harris and I am excited to be the Libertarian candidate for the Dufferin-Caledon riding!

Happily married, and the father of two children, I’m concerned that professional politicians are ignoring the concerns of regular people.

I’m probably best known for the consumer advocacy site that I created in the 1990’s – TheSqueakyWheel.com. The site is still running, 20 years later. It has been featured on the Discovery Channel, written about in magazines and newspapers, and has been the focus of study in business schools across the world.

I’m pleased to say that using the power of the Internet, TheSqueakyWheel.com has been able to help people in Canada, Australia and the USA get their consumer complaints resolved.

What a lot of people don’t know about me is that I also helped to start and run a successful multi-million-dollar document management software company based out of Toronto. For 20+ years we’ve been helping both public sector and for-profit companies streamline their business processes, reduce their costs and eliminate their dependence on paper.

Based on my experience in both technology and business, I know that if given the chance, I can help make the Ontario government more efficient and more responsive to the needs of its citizens. The time for professional politicians is past.

Andrea was born and raised in Trinidad and comes from a family heavily involved in politics. Andrea came to Canada 30 years ago and has been a resident of Dufferin- Caledon for almost 3 decades. Andrea has raised 3 children in our beautful riding.  She has first hand experience with the challenges faced by immigrants, single parents, and residents of Dufferin – Caledon in general. She has studied history at the University of Toronto and Occupational Health and Safety at Humber College. Andrea works in the field of health and safety and as such has intimate knowledge of labour codes and of issues surrounding workers rights and protections. 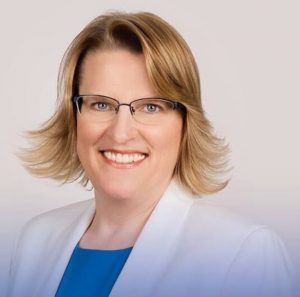 First elected in 2007, Sylvia has been working tirelessly to voice the issues that matter to Dufferin-Caledon residents.
She has lived in Orangeville for over 30 years with her husband David and their two children.
Committed to serving her community, Sylvia is first and foremost an advocate for Dufferin-Caledon. She has successfully advocated for safety improvements to Highway 10, as well as calling for lower hydro rates, more public transit and better access to mental health and long term care in our community.
Sylvia is one of only seven candidates across Ontario endorsed in the 2018 election by the non-partisan and non-profit group GreenPAC. GreenPAC endorses candidates from all major parties for who have shown leadership on environmental issues.
Sylvia currently serves as the Deputy Leader of the PC Caucus and the Critic for Transportation and Infrastructure.
In her previous role as PC Critic for Children and Youth Services, Sylvia was a leading voice against the Liberal government’s cuts to autism funding. Sylvia’s hard work working with families across Ontario made the government reverse its decision to cut autism therapy funding for children older than five.
Sylvia has introduced many pieces of legislation that have been adopted into government legislation or have become law, including incorporating sections of the Aggregate Recycling Promotion Act.
More recently Sylvia has introduced legislation seeking to end the government spending tax dollars on partisan government advertising; legislation to promote the craft cider industry; legislation to ensure consumer confidence in the Organic products and legislation to raise awareness about the state of Ontario’s sewer and water treatment infrastructure.
In 2012, Sylvia Jones was award the Queen Elizabeth II Diamond Jubilee Medal.

Andrew Nowell was born in Barbados and immigrated to Canada with his parents in 1967.

He spent most of his teen years in the Lindsay, ON area and joined the local Army Cadet corps, which provided an opportunity to learn about citizenship and gain leadership skills.

Early in his career, Andrew joined the Canadian Forces and spent time in the Regular army before joining the Reserve as an Officer with the Cadet Instructors Cadre, working to mentor and coach youth. Cadet Instructors Cadre (CIC) Officers are dedicated members of our community who work with youth in their spare time by providing them with a dynamic and structured program. The CIC consists of approximately 7,800 commissioned officers whose primary duty is the safety, supervision, administration and training of over 52,000 Cadets.

Andrew retired from the CIC as a Captain with 24 years total service in the military.

Andrew’s main profession has been in workplace safety. In his various roles, his goal was to improve safety conditions for workers, being a voice for the rights of the worker, and building a strong safety culture.

Andrew and his wife have three grown children and one grandson. They currently reside on a horse farm in Melancthon with their extended family of rescued horses, ponies and llama.

Late in 2017, Andrew and his wife decided to join the movement to bring back the nearly extinct Newfoundland pony.

From his life experience, Andrew knows the struggles of rural farmers and is a current supporter of the Dufferin Landowners Association.

Andrew’s career history has been one of community service including looking out for people who are not comfortable with speaking out, which was what sparked his interest in joining the Trillium Party of Ontario.

He believes in the opportunity to be the voice in a party that truly represents the people, not only for his riding, but also for the people of Ontario.

Andrew is excited about the opportunity to be part of the changes ahead for the people of Ontario through the Trillium party.

Please note: the Dufferin Board of Trade, as a non-partisan organization, has published the above biographies, verbatim, as received from the candidates.  The views expressed herein do not necessarily reflect those of our organization, its Directors or staff.