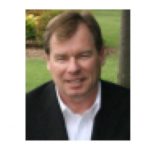 Rick Taylor is a lifelong resident and fifth generation of the Taylor family to reside in Grand Valley. He lives on Amaranth Street with his wife Kathy.

He was a Public Works employee for the Town of Grand Valley from 1980 to 1994 and was the Manager/Operator of the Grand Valley Drinking Water System from 1994 to 2005. From 2005 until June of this year he was employed by Davison Bus Lines. He is currently employed by Attridge Bus Lines.

Rick is interested in the history of the community and is considered to be Grand Valley’s historian. Together with the members of the Historical Society, he works to promote the preservation of our local historical and cultural heritage. He has given historic presentations to classes at the Grand Valley Public School, a volunteer appreciation event at the Museum of Dufferin, and at speaker nights hosted by the Historical Society.

His continued active involvement with the community provides him with the opportunity to become aware of the concerns, wants and needs of the residents of the municipality.