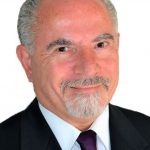 Nick was born in a small southern town in Italy and moved to Canada in 1960 with his family and attended school in Toronto. After finishing school, he began to apprentice with a shop owner and learned his trade in hairstyling. He was inspired and opened his own barber shop in Orangeville and is still successfully running his business for the past 47 years. Nick married his beautiful wife, Maria, and raised 4 successful children right here in Orangeville and currently has 9 grandchildren with another on the way. Nick is proud to call Orangeville home and has lived here for the past 37 years. Nick began his political career in 1991 serving on the economic development committee for a 3 year term. He was first elected as a Councillor in 1994, re-elected in 1997, elected as Deputy Mayor in 2000 and elected as councillor in 2014. While in council, Nick has served on various committees and boards such as Orangeville Business Improvement Association (OBIA), Communities in Bloom, Millennium Celebration, Recreation, Public Works, Finance, Protection to Persons and Property, Library Board and Economic Development.