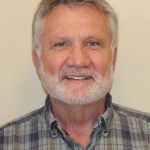 Ken Cufaro was born and raised in Toronto. Ken has been a public servant since 1975 when he started his career as a police constable with Metropolitan Toronto Police and later with the OPP (Barrie Detachment).

In 1987, Ken with his wife Louise and children Elliott and Amanda moved and transitioned from city life to country living, when they took up residence and farming in Clearview Township. The transition was as smooth as silk as he found the country folk to be most welcoming, friendly and helpful in this new role as “farmer”.

After retiring from police work, Cufaro, continued as a public servant and re-trained as a Certified Building Code Official and Licensed Paralegal.

He was Chief Building Official with the Township of Adjala-Tosorontio and later Essa Township. Ken finished off his career as Investigator, with Tarion Warranty (formerly Ontario New Home Warranty).

For the past 18yrs, Ken and Louise have been residents of Mulmur Township.

At age 66, Ken Cufaro, has decided to come out of retirement to seek the public servant role as Councillor with the Township of Mulmur; “to give back to the community”.

Ken wants to help the agricultural, residential and business communities’ to thrive within the municipality of Mulmur, while sustaining a balanced protection of resources and growth.