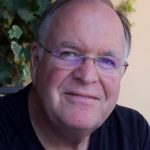 John served as Mono’s Mayor, Deputy Mayor and Councillor in the 1990s and early 2000s. He served two consecutive as Dufferin County Warden (County Council Chair) For the last 15 years he was a Justice of the Peace and Regional Senior Justice of the Peace, retiring early this July.

For almost four decades, John spent weekends and holidays in Mono until finally making it his permanent home in the late 1980s.

In addition to writing and consulting, John started and operated a number of small businesses as diverse as a wood stove store, several restaurants and one of Dufferin’s earliest Internet Service Providers.

During his previous tenure on council, Mono declared Town status and successfully warded off efforts to be absorbed into a Regional style government. In doing so, Mono protected its considerable taxpayer contributed financial reserves and planning autonomy.

John has served on numerous boards and committees, among others the Association of Ontario Municipalities (AMO) Board, the Headwaters Healthcare Centre Board, the Orangeville Library Board, the Rosemont District Fire Department Board as well as Mono’s Planning Committee and all committees of Dufferin County Council. He is currently on Theatre Orangeville’s Board of Directors.

John wants to bring his experience back to Mono and Dufferin Councils in the role of Deputy Mayor. He believes in accountability, especially as it relates to decisions made on County Council. Among other things, he will support better and more reliable Internet service, fight gravel pit applications, argue for better by-law enforcement and enhance citizen engagement.

John stands for financial responsibility and pursuing better and more efficient ways of delivering local government services. Most importantly, he knows how to work with people to get things done.

Check out johncreelman.com to see his thoughts on a host of issues.