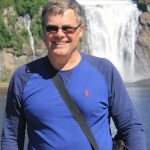 I have resided in the Township of Melancthon with my wife Nancy since 2007 and in greater Dufferin County since 1981.
From 1981 through to October, 2014 I practiced law in Dufferin County providing litigation advocacy in the areas of family, civil, criminal, municipal, estates and employment law. Since I retired from private law practice I have provided mediation services.
I have been active in the community. Most recently I have served as Chair of the Melancthon Police Service Board since 2014, as a volunteer with the Shelburne Foodbank since 2010 and as a classroom volunteer at Primrose Elementary in 2017-18. I have previously served as a coach with Orangeville Minor Hockey and Orangeville Little League Baseball, as a lay chaplain at Headwaters Hospital and as a member of the Board of Directors of various community organizations including the Board of Family Transition Place Dufferin in its formative years in the 1980s.
I have also served as a member of teams providing national (Red River flood relief-1997) and international (Dominican Republic -1998-2015) relief and outreach.
I have been a member of the Shelburne Curling Club since 2008 and a past member of the Shelburne Golf Club and the Bruce Trail Conservancy.
In 2017 I authored a book, They Were More Than Soldiers, a tribute to thirty four Canadians who were part of Canada’s war effort in the Great War.