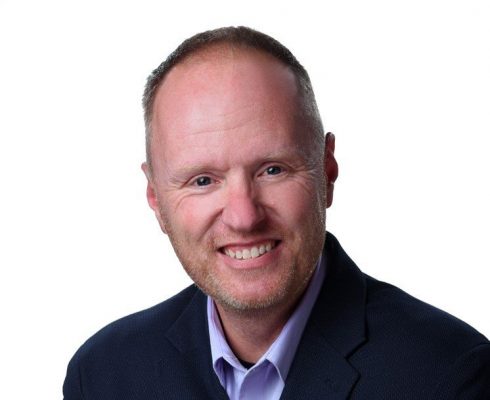 I have been a resident of Amaranth for my entire life, except when I was away in school. I have been a taxpayer in Amaranth my entire adult life. My wife and I have raised three children in Amaranth and have run small businesses here as well.
I was first elected to Amaranth Council in 2014 and was acclaimed as Deputy Mayor in 2018. The reason I am running has not changed in all that time, it is to give back to the community and to help people in any way I can.
Since being elected in 2014 I have volunteered over 1,000 hours of my time to allow youth to access activities within the Township as well as 4 years of volunteering with Laurelwoods Elementary School to coach their boy’s volleyball team at no cost to the Township.
I have also increased community and youth engagement by creating and personally funding new committees comprised of volunteers with no staff involvement at no cost to the Township to allow residents greater say in the direction of the community.

Since being elected in 2014 I have served on the following committees on behalf of the Township;

Taxpayers should have a Mayor that has a proven track record of working with council, staff and residents within the Township and with peers in other municipalities in Dufferin County. If elected I pledge that Council meetings will once again be conducted professionally and effectively.

All Candidates Meeting – Q & A

01:16:50 Jocelyne Dewsbury: why does Amaranth have more bad gravel roads than any township in Dufferin.

I don’t know if our gravel roads are the worst in Dufferin but I do know they have come a long was from when I was a kid when certain stretches were legitimately closed during the spring because they were impassable. Thinking back as recently as 2005 – 2010 ish when I was living on Amaranth-East Luther Townline just south of where the Dewsbury’s live, there was a section adjacent to the GRCA forest that was so bad during the spring thaw that vehicles would drive around with 1 wheel in the ditch. We put a lot of money into gravel road maintenance. There is always the option to do more and if there are certain areas of concern residents need to let Council at the time know.

01:17:30 Brynlee & Crystal: The Park in Waldemar is a bit dated and not made for younger children. Is there plans that we could improve these facilities ?

Chris Gerrits Response:
Great question! Kerry Gillard approached me in 2017 about setting up a Waldemar Parks Committee which we did through Council. The Committee spent a lot of time brainstorming ideas and presented a plan to Council in 2018 outlining the suggestions complete with budget numbers and a request to start setting aside funds for upgrades. Council at the time did not set aside any funds so there is currently nothing in reserve.
Next term I would like to revisit the report submitted to council (link here: https://chrisgerrits.ca/gallery) and put together an implementation plan complete with suggestions for funding including recently negotiated funds from developers in exchanged for reduced park dedication in their developments. The Summerhill/Cachet development in Waldemar, for example, will be providing over $140,000 to the Township in exchange for reducing the amount of land for the park in their development. I will suggest that this money be utilized for park improvements throughout the Township including upgrades outlined in the Parks Committee report.

01:18:38 Donna Funston: how will infrastructure be funded?

Chris Gerrits Response:
This is the million dollar question….literally! Staff (both current and past) have done a good job applying for grants for infrastructure funding. A lot of the recent infrastructure works have been completed with provincial and federal funding such as the bridge on 20 sideroad by Hoopers which received something around 95% funding from the higher levels of government and the resurfacing of 20 sideroad from County Road 11, past your parents place and over past 7th Line by Leo Kottelenburg’s farm.
In order to capitalize on grant opportunities we need to make sure we have 1-2 “shovel ready” projects prepared. This means projects that have has their engineering completed and are ready to be tendered once the grant is approved. Many of the grants only apply for shovel ready project so this is very important and something we have been doing this past term of council.
In terms of other funding sources, we need to prioritize commercial/industrial development in the Farmington area (the area around 2nd Line from Greenwood Ready Mix over to Kreator west of County Road 11). With the recently announced KalTire development and the adjacent Global Auction House on the OPTrust lands we will see an increase of approximately $800,000 in annual taxation revenue with a rough estimate of around $2 million per year once their development has reached full build out and possibly $3 million per year if the entire area were to be completely built out. This is on top of millions in one time Development Charges that would be added via development applications.
It is important to note that the taxation revenues are approximate because they are linked to the property value. So a large warehouse would contribute significantly more than outdoor storage. The KalTire facility for example will generate $650,000 per year in taxes compared to $150,000 per year for the Auction House which has a much smaller building and a lot more open outdoor storage space. So depending on the type of developments that end up there you could be looking at a lot more if you had warehouses there, maybe a bit less than the numbers I quoted above if you have a lot of outdoor storage.
Either way with a mill rate approximately 2.2x the residential rate, the opportunity to help fund infrastructure through commercial/industrial development is the most promising way in my opinion.

01:18:52 Adam Melen: What is your plan on deplorable properties in Amaranth as there is no properties standards act

01:46:24 Milley: I would also like to know how the township plans to address the increasing number of unkempt properties within Amaranth. Do candidates also have concerns about this?

Chris Gerrits Response:
This has been something we have seen increase over the past couple of years in particular although there are some historically bad sites like the one Adam is likely thinking of that I have been speaking to Larry Melen about recently.
We need to get something in place that will allow the Township to act before there is an environmental problem or other risk while at the same time not infringing on those in rural and agricultural areas to carry on their livelihood. I think there is room for the Township to have a bylaw that will still allow farmers to keep equipment that may not appear to others to be useful while at the same time being able to have people storing scrap or other materials clean up their properties.
In the more urban areas like the subdivisions and Laurel I also think we need to shore up our zoning bylaw with respect to the definition for “home occupation”. Currently home occupation is allowed and I am all for this as long as it isn’t an incompatible use. Someone operating a mechanic operation on a small lot in a subdivision in Waldemar may not necessarily be considered a compatible use. Similarly someone operating a home based business that employs additional people can cause issues with traffic and parking as well as disruption to the neighbours. These are actual examples we have seen over the past year.
01:32:23 Adam Melen: How will you regulate/prevent dumping fill throughout the township. Dump trucks are dumping non stop during the weekends.
Chris Gerrits Response:
This is something that has been an issue in the Township since before I was on Council. We rely on residents to inform us when they see dumping happen and we have been consistent and successful when we have been notified in issuing Stop Work Orders and having the owners pay 100% of the cost for the Township to have a consultant go in and sample to soil to make sure it is safe. This often costs $5,000 – $15,000. In some cases the sampling has resulted in the owners having to remove some contaminated soils, again at their cost. We also have the ability to remove the soils if there was an issue and charge the costs back to the owner on their tax bill.

Chris Gerrits Response:
A key part of my platform (link here: https://chrisgerrits.ca/detailed-platform) includes more community engagement and at least 3 “Mayoral Town Hall” events per year at different locations throughout the Township. I feel like this is the easiest way to find out what the community wants as well as ensuring that Council is operating transparently. If you have an engaged community that is paying attention then Council knows they are going to have to answer questions if they do anything wrong.

01:53:44 Jocelyne Dewsbury: Dufferin still has no waste management plan other then going to Michigan. Why the energy from waste plant not being build purchased by county.

Chris Gerrits Response:
I can’t speak to why that facility has not been developed because it had not come up this term of Council. Thinking back if I recall it was based on the assumption that we could get materials from Peel and they backed out. I do agree with you however that hauling our waste to London (County staff told me it goes to London) isn’t very eco friendly. I have recently been speaking with a company that reduced green waste on site by 90% and I have asked them to present to County Infrastructure and Environmental Services Committee to see if it is something that would make sense to use in some County owned buildings like Dufferin Oaks to reduce the volume and weight of material being shipped.

Chris Gerrits Response:
If I remember the context of this question it was around sampling the creek adjacent to a specific property where there were concerns with contaminants reaching the creek. If there are concerns about the river those should be forwarded to the GRCA and if they determine there is an issue or potential issue the Conservation Authority Act gives them the ability to issue Orders for the property owner as well as sampling the river at the cost of the property owner. This is one of the key functions of a Conservation Authority and should not be funded directly by the tax payer.