Bob Burnside of Orangeville has received a Provincial Senior of the Year Award. The award — in recognition of outstanding contributions to the community — was presented by Councillor Scott Wilson who chairs the Orangeville Seniors/Age-Friendly Community Committee.

Mr. Burnside is well known in the community as a volunteer, an advocate, and an inspiring voice — reaching far beyond his past business interests. He has had a strong presence in the community since founding his successful engineering business, R.J. Burnside & Associates Limited.

Community betterment is Mr. Burnside’s passion. He is the founding chair of Highlands Youth for Christ, instigating their initial facilities on Fifth Avenue and then the purchase of the former police station on Centre Street for the current location known as “The Door”. Mr. Burnside has been involved with the Orangeville Prayer Breakfast, he’s chaired three major fundraising campaigns for the local hospital and received the Dr. David Scott Award. He is a past president of the Orangeville Rotary Club and served on many committees over the years. He has been involved with the Centre Fellowship Church Café, has been a director of the Gideon National Trust Fund, helped develop the trail around Island Lake, and served for seven years on the CTC (Credit Valley-Toronto and Region-Central Lake Ontario) Source Water Protection Committee as the municipal representative for Mono, Amaranth, East Garafraxa, Orangeville, Adjala Tosorontio, Dufferin and Simcoe. He has served on the board for Heroes Camp to provide a basketball program for at-risk youth, spearheaded a video about community involvement entitled “Every Town Needs A Doc”, and he is a recipient of the Greater Dufferin Area Chamber of Commerce (now the Dufferin Board of Trade) President’s Award in recognition of business accomplishments and dedication to the community.

The Ontario Senior of the Year Award honours one outstanding local Ontarian in each community who, after the age of 65, has enriched the social, cultural or civic life of his or her community. Seniors who qualify for this award may have contributed in many different fields, such as the arts, literature, community service, voluntarism, education, fitness and sport or humanitarian activities. 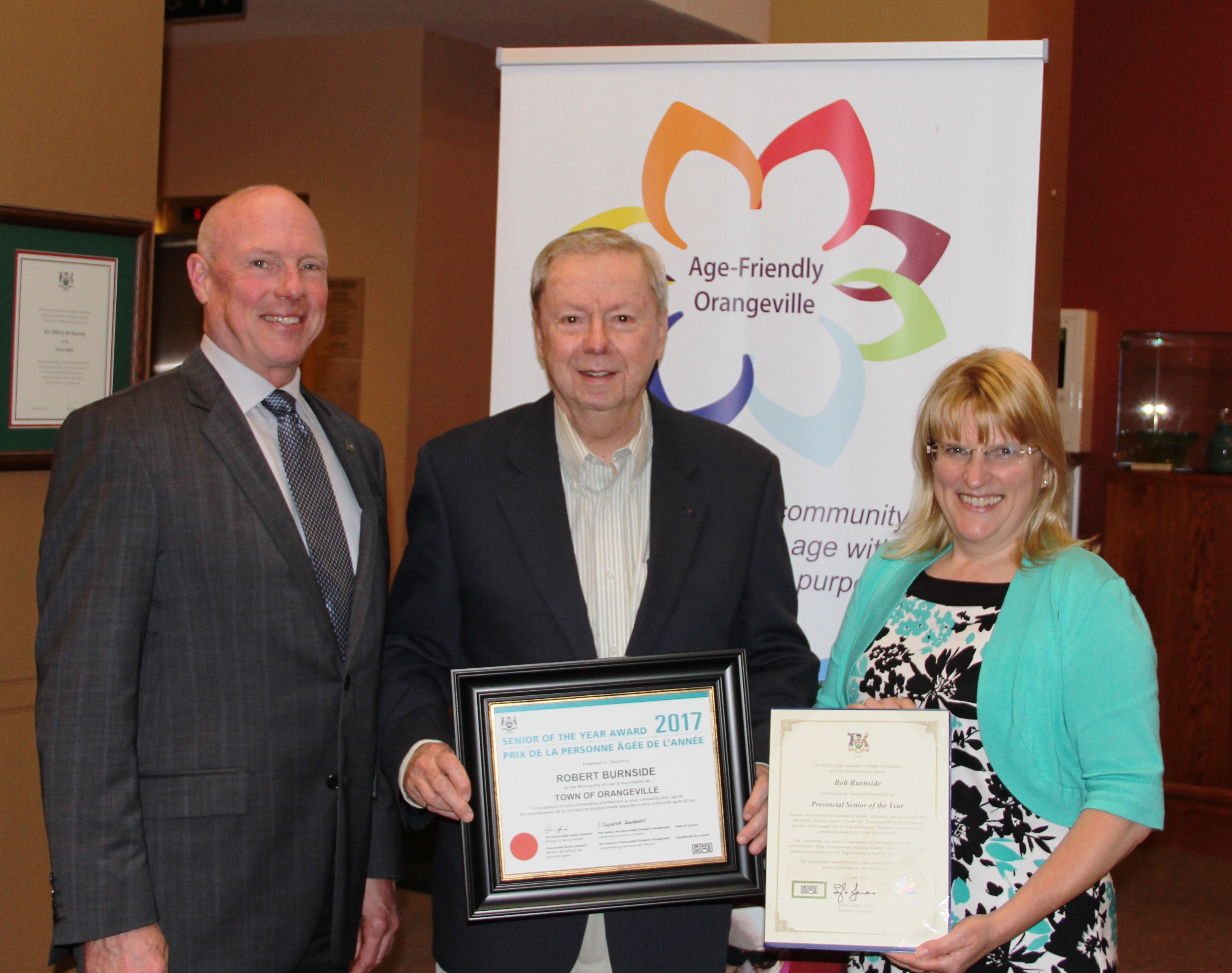